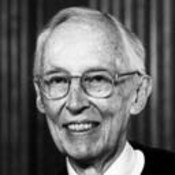 Per The National Law Journal:

"Twenty years after they first became available to the public, the papers of the late Supreme Court Justice Lewis Powell Jr. are still yielding interesting nuggets. And you don't necessarily have to travel to Washington and Lee University School of Law in Lexington, Va. to find them. "The Powell archives at Washington and Lee, more than other repositories of justices' papers, is putting material online – including more than 200 complete case files from Powell's tenure on the court from 1972 to 1987."

"The latest: a typewritten list from 1987 of all of Powell's opinions – annotated by Powell himself, who put check marks next to his favorite, or most important, cases. Yes, the affirmative action landmark Regents of the University of California v. Bakke, was checked, as was First National Bank v. Bellotti, a key 1978 campaign finance decision. But not Booth v. Maryland, one of Powell's final rulings, on the admissibility of victim impact statements in capital cases."

"But Powell may not have anticipated that the single most requested document from his files would be the so-called "Powell memorandum" – the 1971 memo he wrote to the U.S. Chamber of Commerce, urging the business community to aggressively defend the free enterprise system in the courts and in the public from the "broad attack" then being made by liberals in academia and the media."