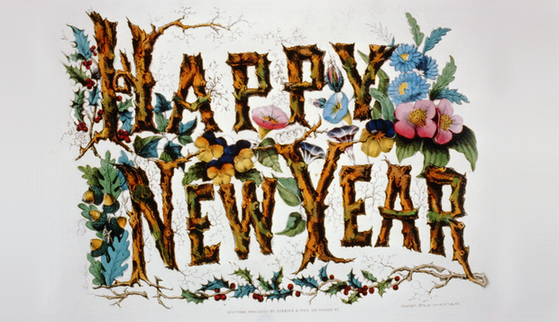 Source: Library of Congress Prints and Photographs Division (per Bloomberg).

To all of those who have helped get the Firm off the ground this past year, we offer our sincerest thanks and gratitude.  It remains our pleasure to be afforded the opportunity to be of service, and we wish you and yours nothing but the best in 2013.

For those interested, courtesy of Becky Sue Epstein at Bloomberg.com:

"Ever wonder why we celebrate New Year’s Eve with champagne? The answer dates back at least 1,500 years. And it involves a mix of history, location and -- not least -- skillful marketing.

"In the late fifth century, King Clovis, the reigning monarch of northern France, was fighting to defend his territory. Legend has it that he promised his wife, the Burgundian princess Clotilde, that if he won his next battle, he would convert to Christianity. He won, and in 496 he was baptized in a church in the city of Reims, in the heart of France’s Champagne region.

"For centuries afterward, kings of France were crowned in Reims, eventually at a great cathedral built there. Before trains and cars, trekking out to Reims was a major undertaking. So, after a coronation, the royal court would linger in the Champagne region for a while, and partake of the local wines.

"In the Middle Ages, the wine world was very different from what it is today. Like other agricultural products, wine was commonly consumed within a year after it was produced. Grapes were harvested and fermented for a few weeks, then exported during the fall and winter, usually shipped in barrels. The wines of Champagne at the time were “still,” not effervescent as champagne is today."